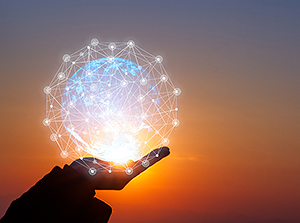 Originally offered as a 4-week series online that included talks and dialogues with participants, these teachings will examine and challenge how you define, perceive, and organize around suffering. You will learn pointers for shifting unhelpful perceptions of suffering that consume energy. In particular, this series will focus on how identities that form around suffering—such as victim, cynic, martyr, and savior—contrast to the inherent sense of “I am.” The sense of “I am” reveals an expression of self that is not essentially oriented to resistance or identification but to the embodiment of liberating principles such as clarity, unity, and love.

Perhaps now more than ever is the time to give our attention to how we organize around suffering. By shining the light of consciousness upon our response to suffering and any ineffectual expressions of resistance to it, we can forge a new paradigm that is not so much against suffering as it is for well-being.

“I want to challenge you to be very honest about how you organize around suffering. Ask Is it possible to know myself essentially as that which is not defined by suffering?”

“Suffering is just a tremendous teacher. It can obviously be incredibly difficult at times, but it also calls forth so much of us, and we have so much power and intelligence and love within us that can be brought forward in our relationship with suffering.”

“What we’re looking for is a sense of being that makes a shift, makes a fundamental shift or transformation out of the identity as the one who suffers and the one who wants to perhaps get rid of suffering.”

“How might you turn your attention to the unfoldings of suffering in a way that liberates them and that offers them to become more conscious of their nature—that need not be concretized or constellated around patterns of division, separation, contraction, and suffering?”

“The great task on the path of realization is not only to make room for our identity as Spirit to come forward, but to have that expression of Spirit liberate the patterns, holdings, and suppressed emotions that organize around a kind of separation or forgetting of their nature as the Infinite.”

“When you are interested in interrupting a spin, a spin that pulls your consciousness and energy into something that cuts itself off from the vitality of all life, inquiry can be a way of stopping that.”

“How do we reconnect to a sense of true or inherent power that doesn’t lie in trying to grasp for an identity to concretize around securing ourselves in the midst of what’s unknown or what’s uncomfortable?”

“Sometimes it can be helpful to ask ourselves: What is already allowing what is here? What aspect of you, in any given moment, is okay despite what’s happening, even when the human part of you feels like this is not okay?”